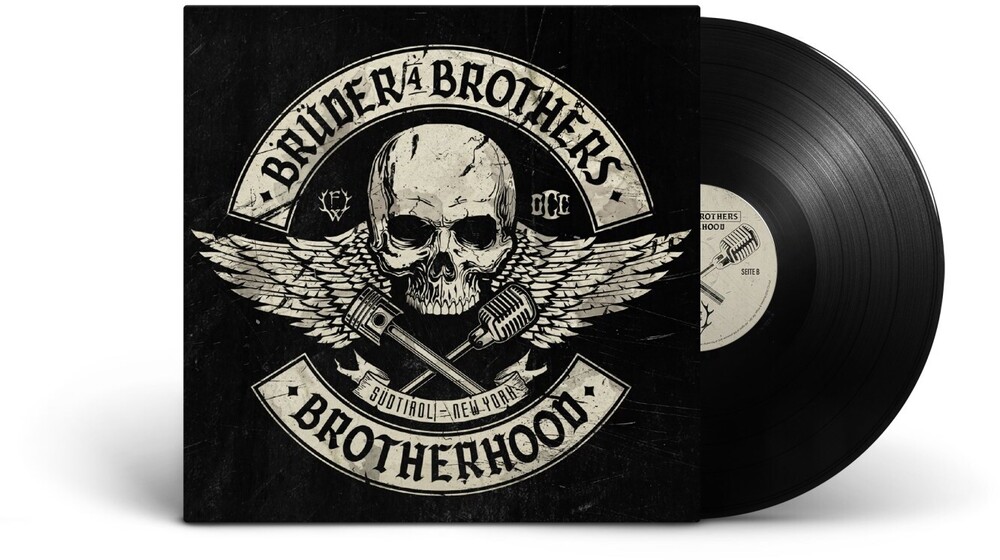 Legendary custom motorcycle manufacturer from Orange County Choppers (OCC) and FREI. WILD, one of the most successful German speaking rock bands, are teaming up for the musical project "Brüder4Brothers", that connects 2 continents in t he spirit of Music. Friendship among Germans and Americans... well, that's old news. But if you replace "German" with "South Tyrolese/Italian," and then throw together the most successful biker group on TV and the most talked about Germanspeaking rock band, what you'll get is something truly interesting - a musical marvel. Voilà, it's served: "Brueder4Brothers" is the name of the border-breaking project initiated by Orange County Choppers (OCC) - American custom bike builders - and Frei. Wild. Worldwide pre-sale starts April 3rd, 2020. The album is titled "Brotherhood" and combines instruments and voices of all participants and other musicians who are good friends with each band. It's true, it might seem odd at first, having a German-speaking rock band and an American motorcycle company join up to produce a music album. However, Frei. Wild have won numerous gold and platinum awards, and various of their albums made it to the top of thecharts, consecutively, which makes them one of the most successful German rock bands. And OCC are known to the worldwide public due to their extravagant motorcycles and their very own TV show, "American Chopper", watched by millions of people. However, it is less known that both have been sharing a deep friendship for years, also sharing continents, as well as events and trips. This friendship, combined with shared memories of fun times in the United States and southern Europe is what resulted in a joint project named "Brueder4Brothers" and it's debut album "Brotherhood. " All doubts will vanish as soon as you press the "Play" button on that album. As different as Frei. Wild's and OCC's primary activities may be... they are united when it comes to fundamental values: Freedom, friendship, lifelong dreams, wanderlust, traditions, and honest craftsmanship are top priorities and connects these men, their tools and instruments. These virtues inspired their debut album "Brotherhood," so it's not surprising that "Brotherhood" has this honest, international, and authentic sound to it. The sound is shaped by catchy melodies and guitar play, as is usual for Frei. Wild, as well as the vocals of Paul, Mikey, Alex, and Philipp. Adding characteristic American influences, such as country music elements and production-technical refinement makes everything shine in new splendor. Right from the start, "Brueder4Brothers" succeeds in creating a mental image of the vastness of the United States, paired with European influences. Step on the gas pedal and enjoy the breeze as you drive towards the sunset. It's out of the question that the songs, both in English and in German, smell like adventure and love for life. - Brixen based Deutschrock Artist Frei. Wild has been awarded with numerous gold and platinum awards in Germany, Austria and Switzerland -Up to date they achived five number one albums in German official charts -3 digital singles will be available to support the release of the album