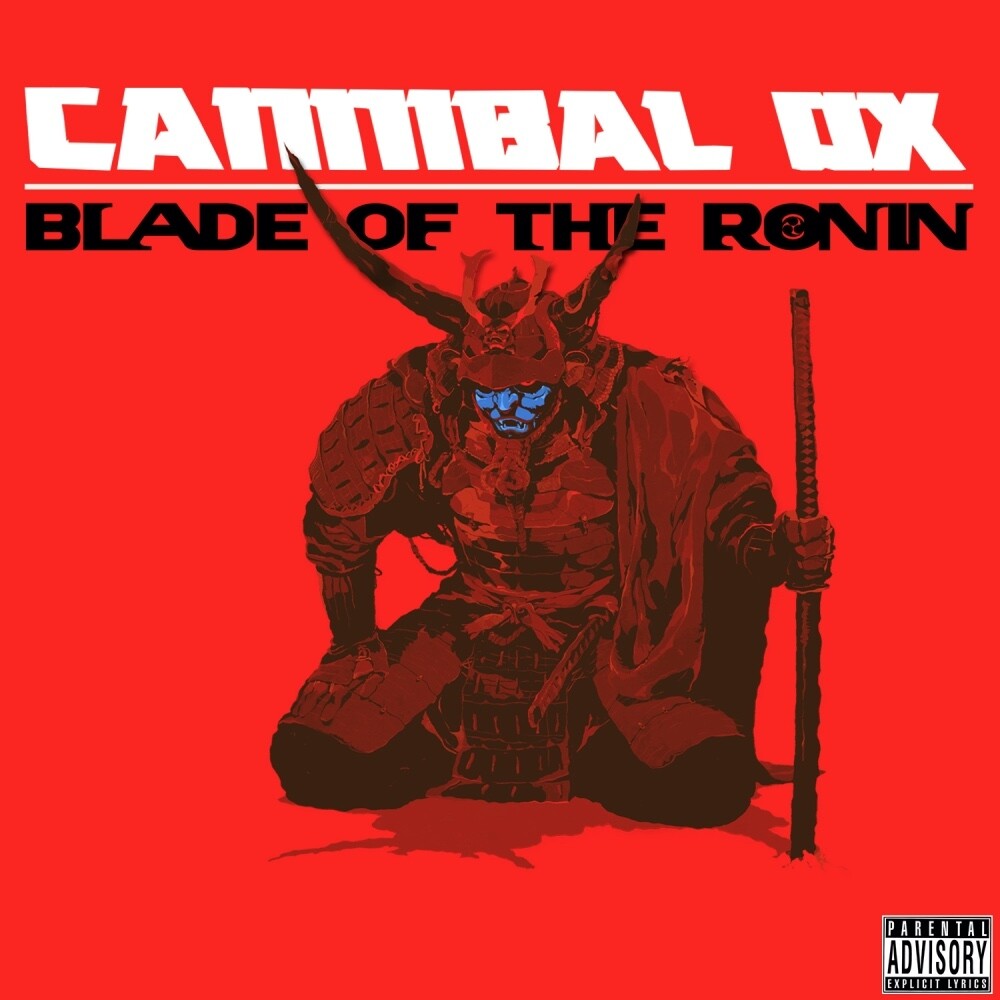 An air of mystique surrounds the careers of Harlemites Vast Aire and Vordul Mega, collectively known as Cannibal Ox.  Fourteen years after earning their status as luminaries of underground hip-hop, Cannibal Ox is set out to release the highly-anticipated sophomore album, Blade of the Ronin.   Serving as the follow-up to the duo's acclaimed debut album, Blade of the Ronin is the embodiment of Vast and Vordul's years of creation and properly serves to provide listeners with the grimy yet futuristic soundscape that they've come to expect from Cannibal Ox.  In 2001, Cannibal Ox released it's debut album, The Cold Vein, which remains one of the seminal works of the New York hip-hop scene.  Regarded as a cult classic amongst hip-hop purists, The Cold Vein has been ranked as #152 on Pitchfork's "Top 200 Albums of the 2000s" list.    Since the success of The Cold Vein, Cannibal Ox has largely maintained their independent, enigmatic persona, shying away from the glowing heat of the mainstream limelight.  Blade of the Ronin solidifies the triumphant return of Cannibal Ox as the kings of underground hip-hop, as Vast and Vordul capture their trademark sound with Bill Cosmiq at the helm for the majority of the album's production.  Together, this trio has created an album that personifies a sense of insightful lyricism and poignant production that has arguably been absent from the scene since The Cold Vein.  The album also features tremendous guest appearances from MF Doom, U-God (of Wu-Tang Clan), Elzhi, Artifacts and more, all of whom compliment the vibe of Can Ox.  It is now available for the first time ever on vinyl, as a special edition Red 2XLP pressing.  "* Sophomore album from Cannibal Ox, serving as the follow-up to the critically acclaimed debut, The Cold Vein (ranked as #152 on Pitchfork's "Top 200 Albums of the 2000s" list, received perfect ratings from publications such as Stylus Magazine and HipHopDX).  * Features guest appearances from MF DOOM, Elzhi, U-God (of Wu-Tang Clan), The Artifacts (Tame One and El Da Sensei) and more  * Features production