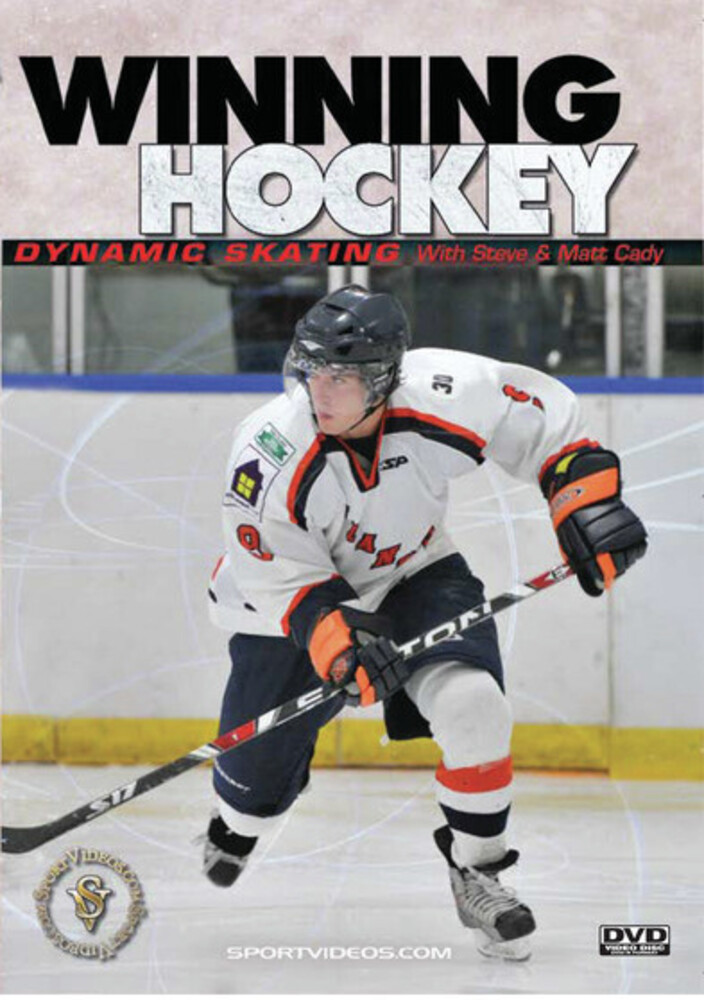 To be successful in modern hockey, it is essential to master the components of explosive skating. In this comprehensive program, coaches Steve Cady and Matt Cady present numerous skating skills and drills designed to help hockey players at all levels of the game to become great skaters. Among the topic covered are: drills that focus on balance and agility, forward and backward skating, starts, stops, turns, pivots and much more. This DVD is a great resource for coaches and players who want to dramatically improve their skating skills and gain a winning edge on the competition. About the coaches: Steve Cady was an instructor at Huron Hockey for over 35 years, and served as the Power Skating Instructor for the Pro Camps. Cady was the head hockey coach at Miami of Ohio during it's first seven varsity seasons (1978-85). Cady also served on the NCAA Ice Hockey Rules Committee and Championship Committee which he was chairman of in 2009. Acknowledged as one of the best skating instructors in the world and the book High Performance for Skating for Hockey which he coauthored by Vern Stenlund has stood the test of time as one of the must trusted and treasured volumes for skating instruction. Steve Cady currently serves as the Senior Associate Athletics Director at at Miami of Ohio. Matt Cady is a Miami of Ohio Hockey Alumni graduating in 2004 with a degree in strength and conditioning. Before Matt returned to Miami he was volunteer assistant hockey coach at the University of Denver. Matt worked with Miami's Golf, Hockey, and Synchronized Skating teams as the strength and conditioning coach. Matt also provided administrative support, scouting reports, and coordinates the hockey teams in game video. Cady currently oversees strength and conditioning programs for military personnel based in Florida.
back to top