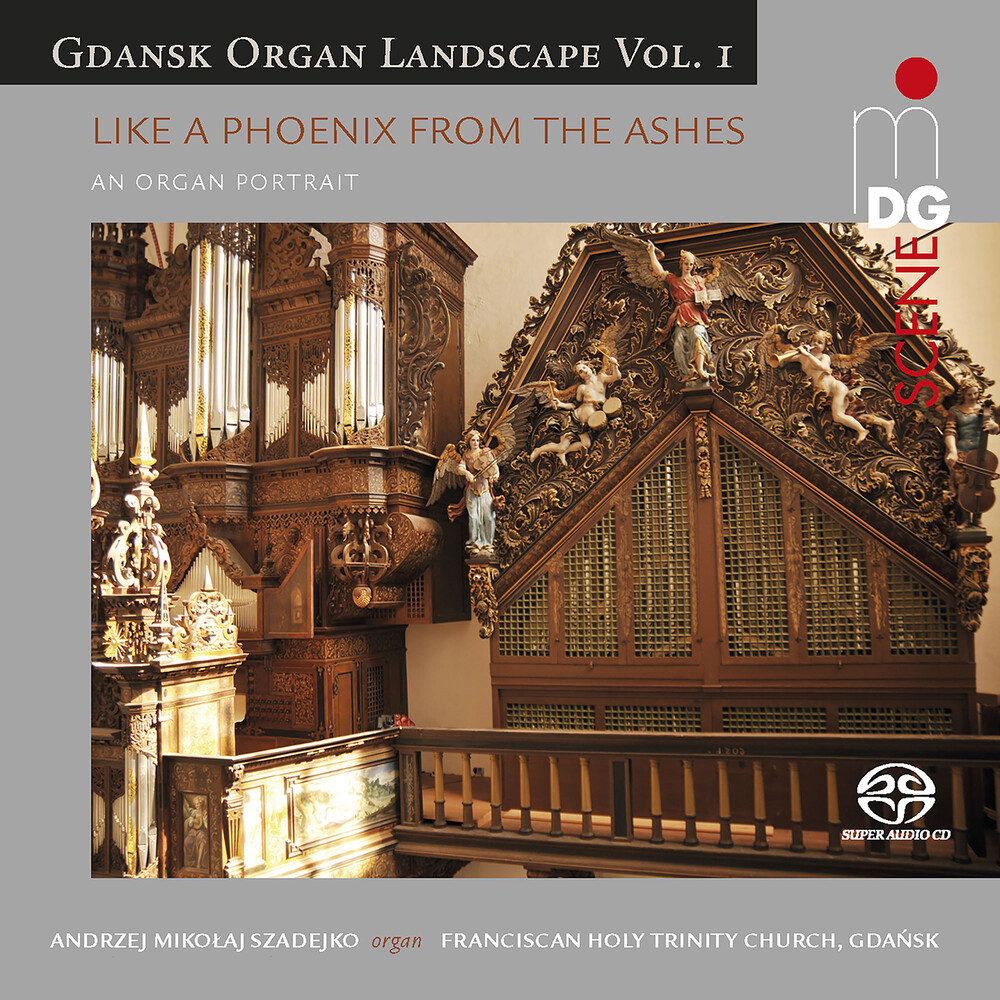 After more than 70 years of silence a great organ has risen again in the Trinity Church of the Gdansk Franciscans. With determination, passion and diligence, Andrzej Szadejko worked on the reconstruction of the baroque organ, which finally was completed in 2018 by the Dresden manufacturer Wegscheider. His multi-colored portrait represents the opulent sound conception of Baltic organ building from the early 17th to the middle of the 18th century, but also revives the grandiose musical culture of Gdansk's golden age. The anonymous Fantasia at the beginning of the programme is chosen from the Gdansk tablature of 1591 and sounds in festive Gothic blockwork registration. The Baltic metropolis cultivated relations with the whole world. So it is not surprising that even the famous Sweelinck composed 8 variations on a "Poolsche Dans" in distant Amsterdam - a welcome occasion for Andrzej Szadejko to use the Renaissance voices - like the wonderfully creaking shelf - as soloists. Of course, Buxtehude cannot be missing: With classical Sesquialtera registration in the chorale arrangement "Durch Adams Fall ist ganz verderbt" or in the grandiose "Magnificat", which Szadejko arranges according to old practice alternating with the exquisite Choralschola, the master of North German organ art is shown to his best advantage. Froberger, Muffat, Kerll, but also Böhm and Bach and even Frescobaldi as guests from more southern regions prove the versatility of the new instrument reconstructed according to historical models. Probably the only one of it's kind in a baroque organ in the world is the large pedal, which was erected in 1703 after a lightning strike in it's own case on the south wall of the church, in which the impressive 32' sub-bass is located.