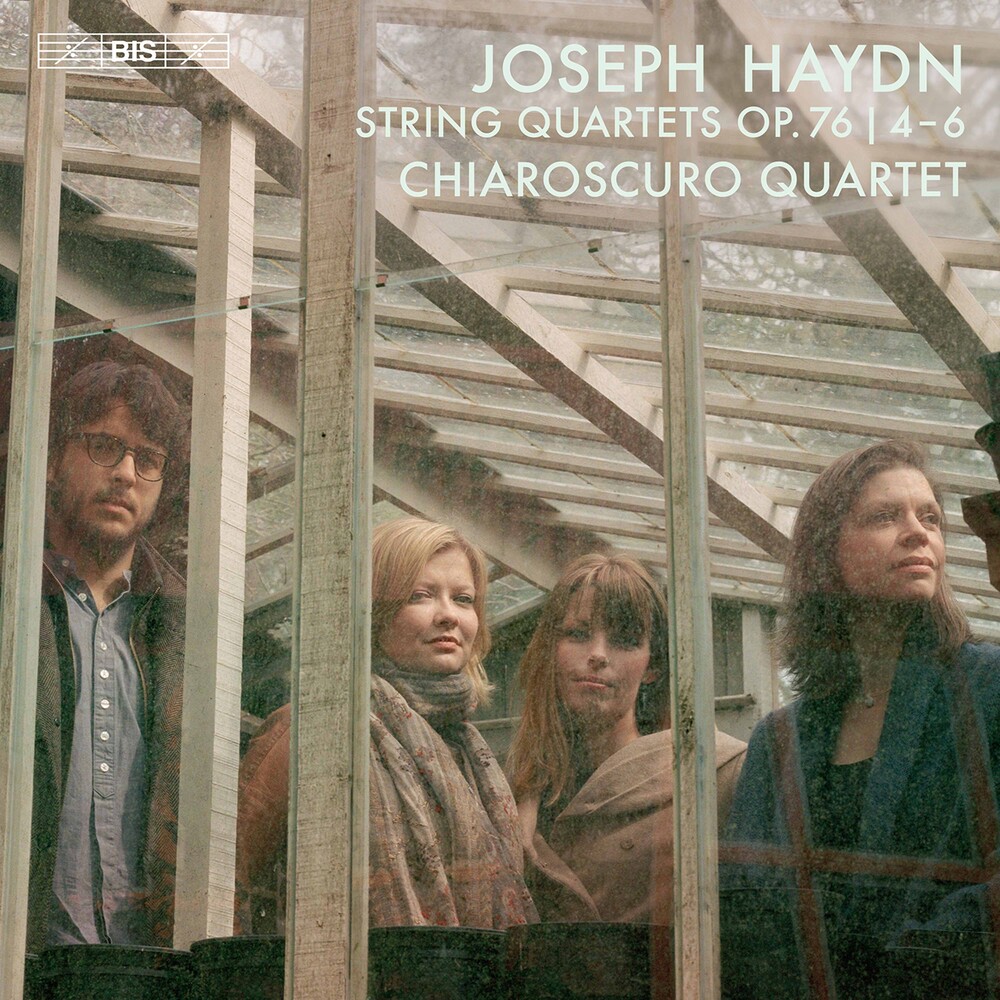 On a previous album, the Chiaroscuro Quartet has recorded the first half of Joseph Haydn's Op. 76, including No. 3, the celebrated 'Emperor' quartet. The release has won great acclaim, with the critic in Gramophone writing: 'The Chiaroscuros' account of the remaining three Op 76 quartets can't come soon enough.' Well, here it is - a album which like it's predecessor spans a wealth of moods and atmospheres: from the magical sunrise of the opening of 76/4 to the manic minuet and boisterous finale of 76/6, a movement without a tune worth the name but utterly engrossing even so. The Chiaroscuro Quartet was formed in 2005 by the violinists Alina Ibragimova (Russia) and Pablo Hernan Benedi (Spain), the Swedish violist Emilie Hornlund and cellist Claire Thirion from France. Performing music of the Classical period on gut strings this highly international ensemble has a unique sound - described in The Observer as 'a shock to the ears of the best kind'.