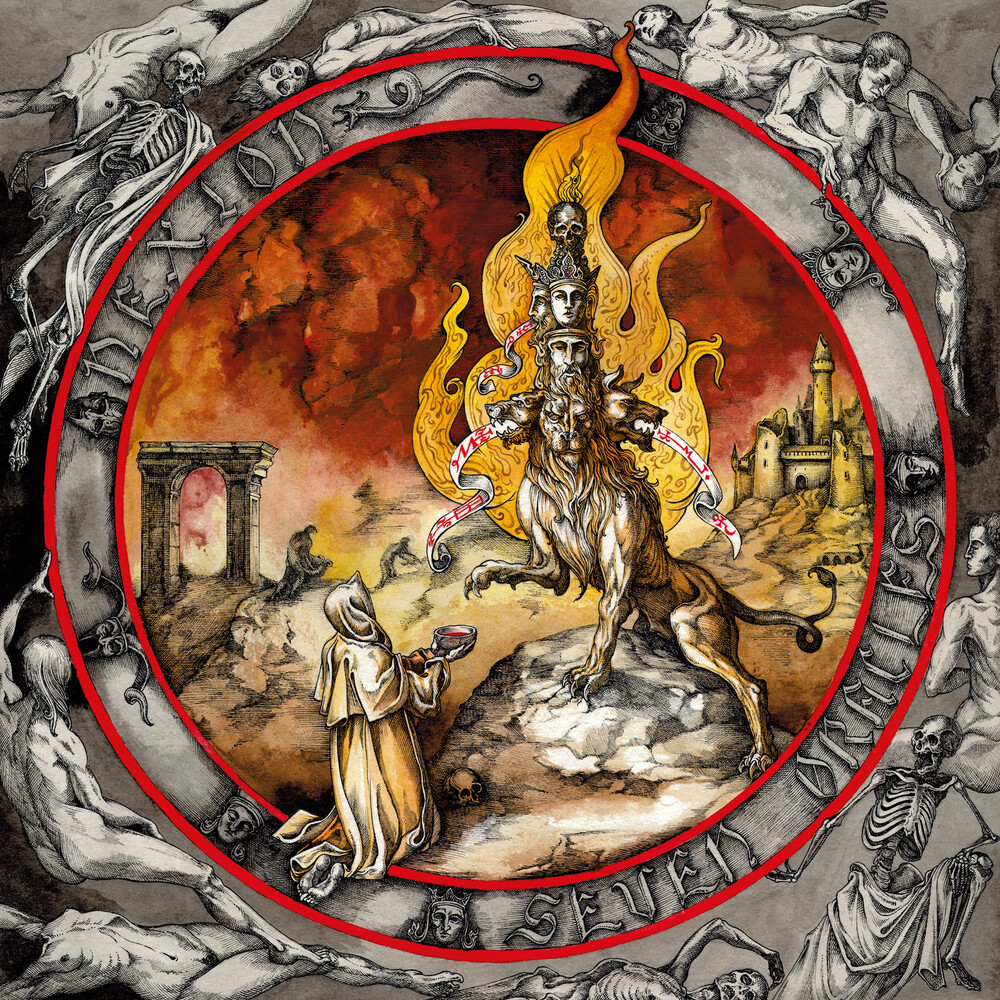 Icelandic black metal powerhouse Nexion will release their long-awaited debut album, Seven Oracles, on Summer Solstice. The nature of existence, and human value and meaning are central themes in every religion, every spirituality, and countless philosophies. It is thus fitting that Nexion's new work concerns itself with these subjects. Seven Oracles is a revelatory "Proclamation" of mythic proportions. The album cover portrays a seven headed beast appearing before a figure who offers it up a libation in exchange for wisdom within a self-conflating world. Each of the beast's heads is it's own oracle. It's own song. It's own message for the receiver. Three of the heads, the wolf, the lion, and the hound, are derived from occult medieval depictions of the past, present and future, whose merged voices know no higher authority.