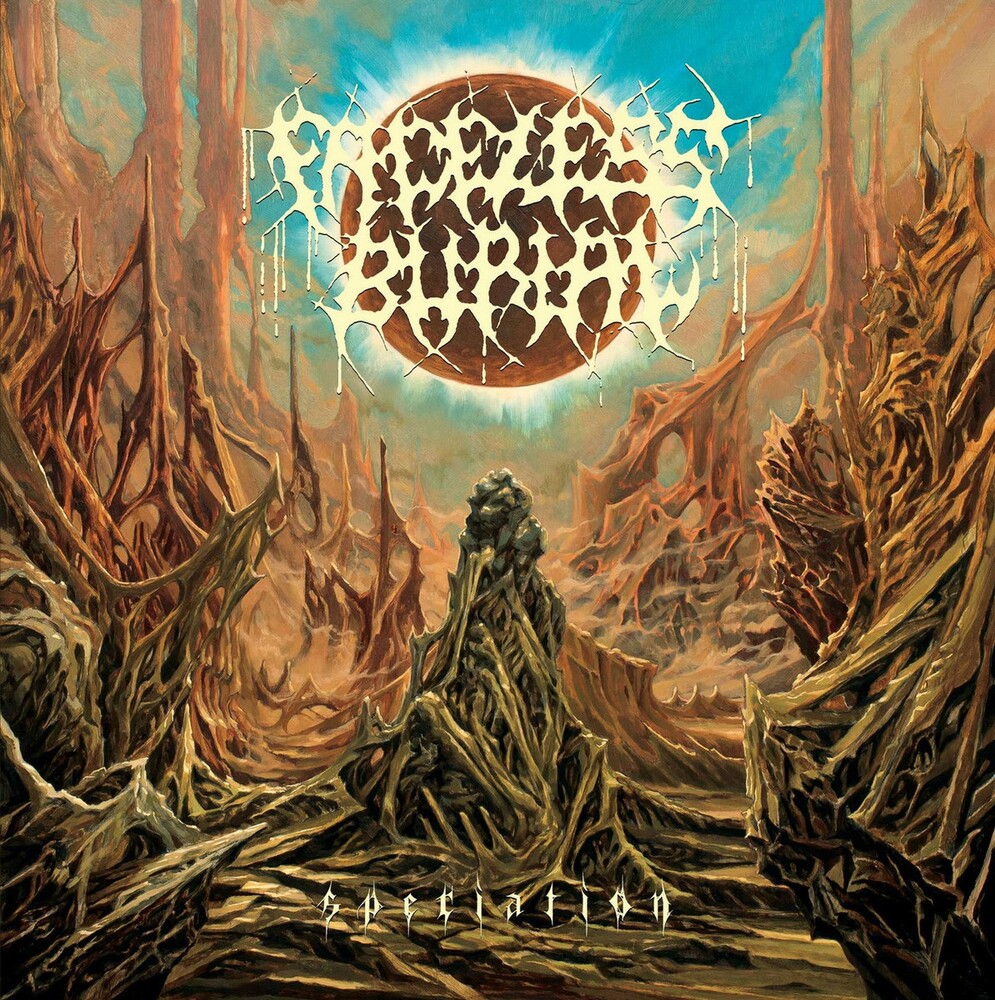 Going from strength to strength, Faceless Burial play their strongest hand yet with the full-length Speciation. Altogether sharper and more finessed than all previous, Speciation spreads unimaginable DEATH METAL MIGHT with malignant ease. Faceless Burial exude a charisma that's totally their own, which largely comes down to the song writing itself. Where the preceding records maintained a murky 'n' malodorous aspect, that was predominantly in the sound itself; here on Speciation, it's been parlayed into the tense 'n' treacherous textures they explore. Otherwise, no great changes have been made, nor should there be: forever twisting and never stagnating, each of these six songs reveals new corridors through which to spelunk, and efficiently so across the album's deceptively epic 36-minute runtime. Adorned with form-meeting-content cover artwork, Speciation is bound to be the year's most forward-thinking/backwards-looking death metal album.
back to top