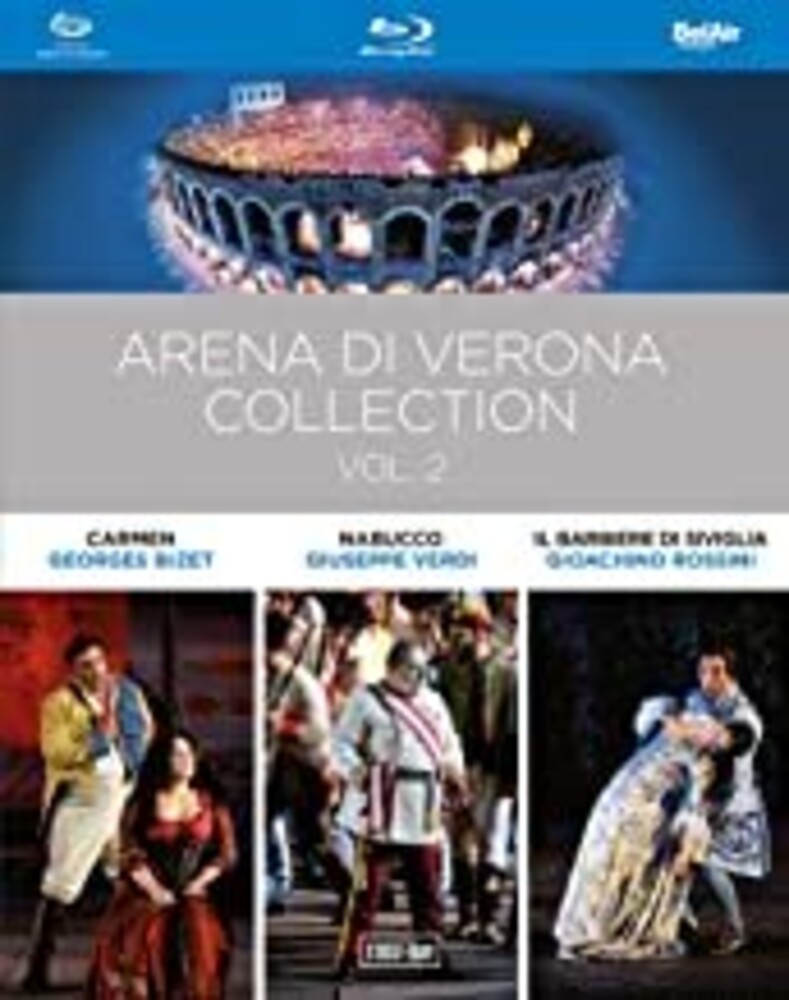 A 3-Opera Digistack (Limited Edition) featuring great productions seen at the prestigious Arena di Verona: Bizet's Carmen, Verdi's Nabucco, and Rossini's Barbiere di Siviglia. Bizet's Carmen - one of the most beloved operas - staged at the world-famous Arena di Verona. This opulent production is directed by Franco Zeffirelli and sung by an international cast of excellent singers: Ekaterina Semenchuk, Irina Lungu, Carlo Ventre and Carlos Alvarez. The famous opera is staged as a colorful feast for the eyes, true to it's source and convincingly acted by soloists, chorus and ballet alike. Boldly transposing the action out of biblical times and into Italian Risorgimento, French director Arnaud Bernard goes as far as to center the entire opera Nabucco during the popular uprisings of 1848 and in the insides of the Milanese opera house. A clever way to emphasize on the legends that have been building around Verdi's operas and the role they played in the political process of uniting the Italian peninsula, and in the construction of an authentic italianitĂ . For this reprisal of Hugo de Ana's famous staging at the Arena di Verona, Rossini's masterpiece Il Barbiere di Siviglia is conducted by Maestro Daniel Oren. Italian baritone Leo Nucci, a true connoisseur of the part, is a boastful and virtuoso Figaro, while soprano Nino Machaidze and tenor Dmitry Korchak are perfect as the not-so-candid lovers around whom the opera revolves. And who better than Italian bass Ferruccio Furlanetto, who shines in the "Calunnia" aria, for the part of Basilio?
back to top