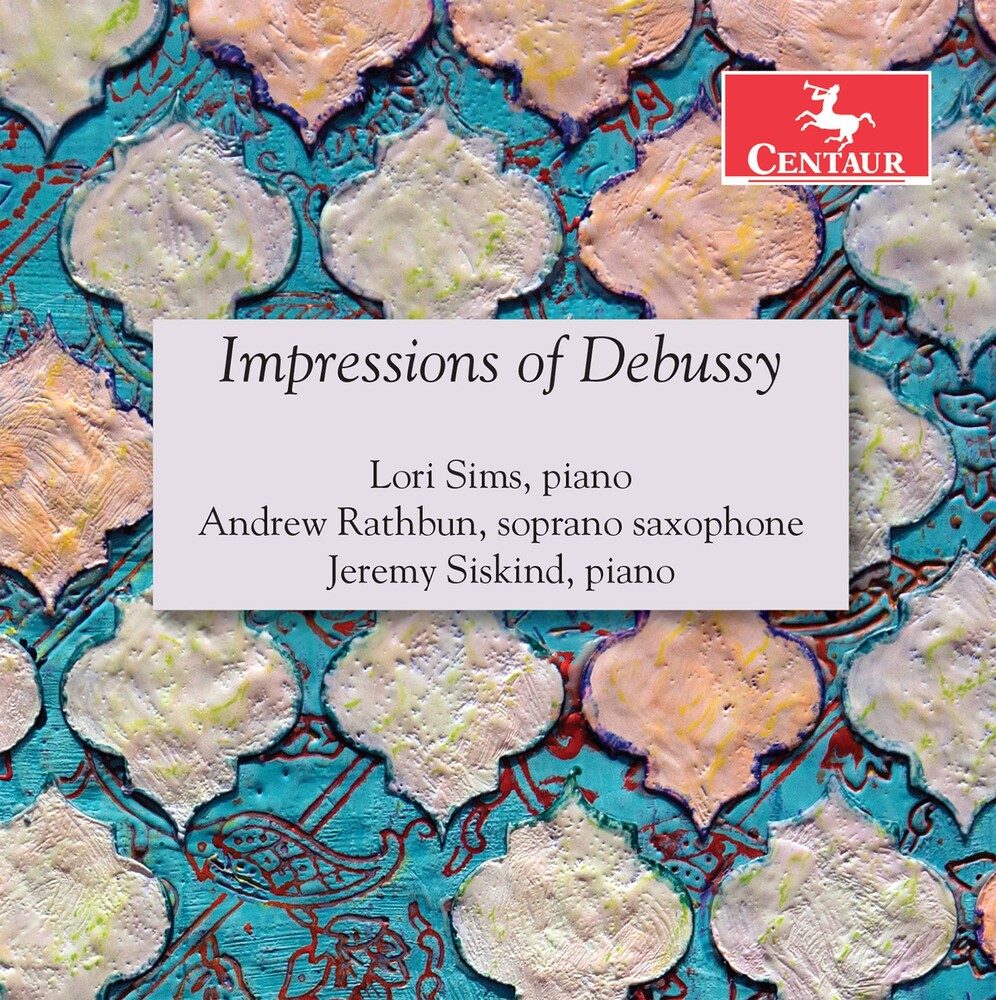 This album has a fascinating concept. Pianist Lori Sims first performs each work by Debussy on piano, and then Andrew Rathbun, saxophone, and Jeremy Siskind, piano perform each work, directly following the other, in Siskind's more jazz oriented arrangements. Lori Sims received the first prize gold medal at the 1998 Gina Bachauer International Piano Competition. Other prizes include first place co-winner of the 1994 Felix Bartholdy-Mendelssohn Competition in Berlin and winner of the 1993 American Pianists' Association Competition with outstanding distinction from the jury. She has performed throughout America, Europe and China, including the Israel Philharmonic, the Utah Symphony, the Indianapolis Symphony, the Spokane Chamber Orchestra, the Kalamazoo Symphony and the NordDeutsche-Rundfunks Orchestra. Toronto native Andrew Rathbun is widely esteemed as one of the most creative and accomplished saxophonists, composers and bandleaders of his generation. On tenor and soprano saxophones he has achieved a rare depth of lyricism, authoritative swing and compositional intelligence. Recording steadily as a leader since the late 1990s, he has documented his stirring original music with an array of extraordinary lineups, featuring the talents of such greats as Kenny Wheeler, Billy Hart, George Garzone, Phil Markowitz and Bill Stewart. "Rathbun's lines dance and glide," writes David Whiteis of JazzTimes, "reflecting both childlike wonder and well-honed artistry." Pianist-composer Jeremy Siskind is "a genuine visionary" (Indianapolis Star) who "seems to defy all boundaries" (JazzInk) with music "rich in texture and nuance" (Downbeat). A top finisher in several national and international jazz piano competitions, Siskind is a two-time laureate of the American Pianists Association and the winner of the Nottingham International Jazz Piano Competition. Since making his professional debut juxtaposing Debussy's Etudes with jazz standards at Carnegie Hall's Weill Hall, Siskind has established himself as one of the nation's most innovative and virtuosic modern pianists.