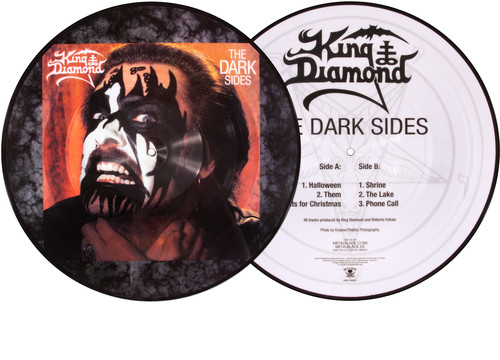 Limited picture disc vinyl LP pressing. The Dark Sides is a compilation of King Diamond songs, released in 1988 by Roadrunner Records. This album contains five tracks (and an outro), released on previous albums, but are mostly unrelated in their stories (as King's albums were concept albums). King Diamond are a Danish heavy metal band formed in 1985 by vocalist King Diamond. Since the band's inception, there have been over fifteen musicians in and out of King Diamond, with the only two mainstays being vocalist King Diamond and guitarist Andy LaRocque.