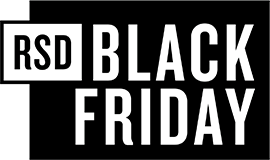 We Are: Roots & Traditions is a limited edition 12” EP pressed on rich purple vinyl featuring never-before-heard music from Jon Batiste. Batiste combines elements of jazz, gospel, soul funk, R&B, rap and more to honor musical traditions and as he breaks the mold of what modern artists can be. The 33-year-old musician and activist has been gaining national attention from CNN, New York Times, and more for his peaceful musical protests that he’s been leading in the streets of New York City. He also stars in and wrote the music for Disney/Pixar film SOUL set for release on November 20 and is the bandleader of the Late Show with Stephen Colbert. Bombino recorded his seventh album live in Amsterdam in late 2019. It features three new songs, seven songs from his incredible catalog and his version of a Tinariwen song. This RSD Black Friday double LP is pressed in a limited edition of 1500 for the world. Chris Cornell’s “Patience” is a cover of the original Guns N’ Roses’ iconic song and is paired up exclusively with his cover of the Prince classic “Nothing Compares 2 U (Live on SiriusXM)” on a white 7” single for RSD Black Friday 2020.

“Patience”/”Nothing Compares 2 U (Live at SiriusXM)”

The Red Hot Chili Peppers parody track that fooled the world when it was released via RHCP2014.com (simultaneous to the band's Super Bowl Halftime show announcement) is finally coming to vinyl. Jon Daly, a comedian who's appeared in films like The Secret Life of Walter Mitty and currently works on Comedy Central's Kroll Show was behind the brilliant track that made internet magic back in 2014. On the B-side appears a hilarious "diss track" that materialized after a public twitter feud between Daly and up and coming rapper 'Lil Xan. This will be Jon Daly's first ever music release to exist in a physical format. In 1974, Bob James released his first solo album, One, which featured a who’s who of notable jazz greats like Idris Muhammad, Jon Faddis, Grover Washington Jr, James Gadd, and more. The album also produced a few successful songs, like Bob’s version of Roberta Flack’s “Feel Like Making Love”. Hidden at the at the very end of One was a largely overlooked filler track that would go on to impact a whole new generation a decade later. This song was “Nautilus”. “Nautilus” made a huge impact on hip-hop culture, and has been sampled over 250 times, including by living legends Tribe Called Quest, Dr. Dre and Run DMC. This is the first time this track is being released as a single on 7" vinyl. Side B holds and exclusive remix of the smooth jazz, chart-topping “Submarine” from his album Espresso. The single will come on gold vinyl, starting on RSD Black Friday. At the beginning of quarantine in April, Ed Roland was in Sarasota, Florida with a few others and they decided to start a new band and call it The Living Room. They didn’t want it to sound like Collective Soul or The Sweet Tea Project (Roland’s Americana side band) and they started talking about favorite bands to which Ed said that one of his is The Cars. So, Ed woke up and began writing songs inspired by the new wave era of The Cars, ELO, and Roxy Music. Meet The Woo is the debut mixtape, where Pop Smoke's legacy began. For the first time ever, the mixtape will be released on CD, featuring the RIAA  Platinum single "Dior" as well as the RIAA Gold single "Welcome To The Party." Included on this CD are two remixes of "Welcome To The Party," one that joins Pop Smoke with Nicki Minaj and one that features Skepta. Rollins in Holland: The 1967 Studio & Live Recordings is Resonance Records' first archival release from the Saxophone Colossus himself, Sonny Rollins. Released in partnership with the Nederlands Jazz Archief, this deluxe limited-edition 180g 3LP set is officially sanctioned by Rollins and is comprised of three different previously unissued performances with bassist Ruud Jacobs and drummer Han Bennink in May of 1967 at Vara Studio in Hilversum, the Arnhem Academy of Visual Arts, and a televised performance at the Go-Go Club in Loosdrecht. Rollins in Holland will include an extensive booklet with never-before-published photos from each venue; essays by Aidan Levy (currently writing a biography of Sonny Rollins for Da Capo Press) and Dutch jazz journalist/producer Frank Jochemsen; plus interviews with Sonny Rollins, Han Bennink, a remembrance of Ruud Jacobs, and more. Mastered by Bernie Grundman and pressed at 33 1/3 RPM by RTI. Celebrating the 40th anniversary of the debut album by U2, Boy. Recorded at Windmill Lane Studios in Dublin and produced by Steve Lillywhite, it was originally released on 20th October 1980. Features the singles “A Day Without Me” and “I Will Follow” as well as live favourites “Out Of Control” and “The Electric Co.”.